Expungement of charges dismissed or charges for which you were acquitted

Getting your record wiped clean and expunged of charges is now an obtainable reality if you have been acquitted by a jury or judge, or your charges in a case were dismissed. A new bill just went into effect as of January 1, 2016 which makes this possible. Thousands of people in Iowa may have the opportunity to remove these cases from their public records. This should apply to those who received the benefit of diversion programs such as the Johnson County marijuana diversion program.

On October 27, 2017, the Iowa Supreme Court confirmed that for expungement purposes, each case is to be treated separately. Even if a separately charged simple misdemeanor is related to the indictable offenses, and there are some guilty pleas to the indictable offenses, if the separately charged simple misdemeanor is dismissed, then the Defendant is entitled to expungement. Each separately numbered legal proceeding is to be evaluated on its own, regardless of whether there had been a conviction in another, factually related legal proceeding.

You may be eligible to have convictions for public intoxication or possession of alcohol under the legal age (PAULA), if two years elapsed following the conviction and you had no new criminal convictions other than minor traffic offenses during that two-year period.

Expungement of charges that were deferred

If you received a deferred judgment, typically you are required to be on probation for at least a year for non-felonies, two years for felonies. However, oftentimes, for misdemeanors, the judges will expunge your record after six or seven months if you have everything complete by then and have no new law violations.

Consult with Adam Pollack to determine whether you might be eligible for expungement of your charges.

The most recent changes to Iowa’s expungement law went into effect July 1, 2019 which may qualify you for expungement of certain misdemeanor convictions. Learn more about the new expungement law. 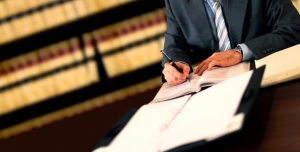